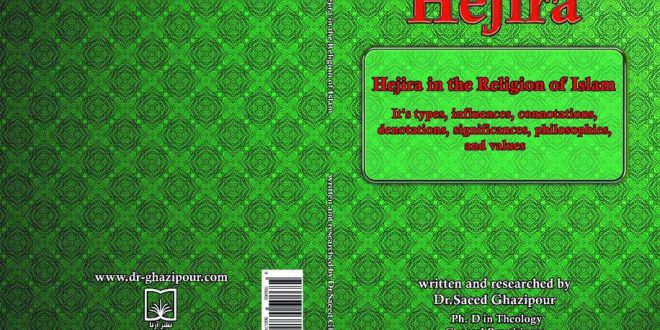 Hejira, a journey especially when undertaken to escape from a dangerous or undesirable situation, has been considered as one of the most important measures taken by the divine religions, especially by the religion of Islam. Hejira has been suggested and even be ordered by the religion of Islam to set people free from the chains of dependence upon their own country, releasing them from the unholy spirit of patriotism. A great majority of the divine prophets have throughout history led their people and followers to liberty, independence and civilization through immigration. And this is clearly seen in the true religion of Islam, when the Hejira of the prophet of Islam, Muhammed (peace be to him and his family), with the companionship of true and sincere Muslims will build up the foundation for the Islamic civilization in “Dar – Al – Hejira” (=the city of Hejira) or yasrib (=Medina). Therefore, it can be stated that there exists an immigration beyond any religion, and basically, the spirit of Hejira would be the same as escaping from “darkness” to “illumination”; or a escape from “paganism” to “faith”, or a escape from ”sin” and “disobedience” to “obedience” and “God’s order”.
The issue of Hejira has been vastly mentioned in Islamic traditions, where it is said: “Those immigrants whose bodies have immigrated [to other places], but have not had any immigration in their souls, are not at all deserved to be placed in the line of true immigrants; on the contrary, those who needed no spatial immigration, but have committed spiritual immigration, are truly deserved to be called true immigrants.
His Holiness Imam Ali (peace be upon him) states:
“ویقول الرجل هاجرت، ولم یهاجر، انما المهاجرون الذین یهجرون السیئات ولم یاتوبها”
(=Some say that they have immigrated, but the truth is that they have not immigrated at all. The true immigrants are those who leave the sins behind and do not commit them at all).
The understanding and comprehension of the accurate and proper meaning of the word “Hejira” as well as a comprehensive perspective on it has culminated in turning the sublime word of “Hejira” into a practical one in everybody’s life, just as we witness this practicality in all aspects of the religion of Islam nowadays. The issue of Hejira is a very significant one in the religion of Islam, whether it is “the internal Hejira”, which is moving from a vile, abject state of mind towards an elevated and exalted one , in which the soul is always moving and being purified, or it is” the external Hejira” in which a person leaves their own country to live permanently in another one. In reality, Hejira is sometimes like a storm, and is sometimes like a breeze, which means that Hejira is always on the move, traveling from one place to another. In fact Hejira is like a sea wave; its being lies in its moving.
And finally, when we look at the Islamic jurisprudential aspects of Hejira, we may consider Hejira as jihad (= a holy war waged on behalf of Islam as a religious duty, or a personal struggle in devotion to Islam, especially a personal struggle in devotion to Islam especially involving spiritual discipline) and the hajj (=the pilgrimage to Mecca prescribed as a religious duty for Muslims), having similar religious significance as the two above – mentioned cases. 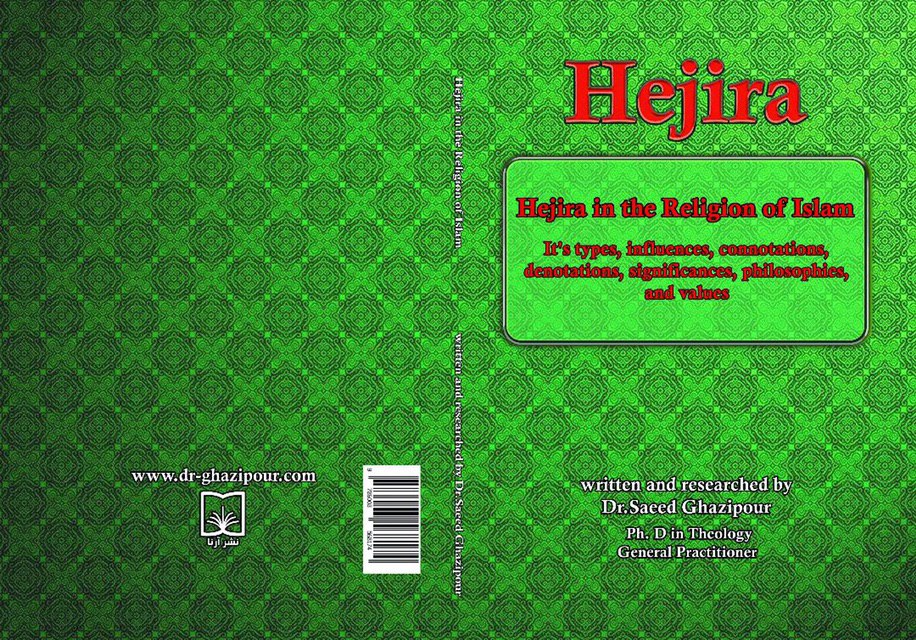 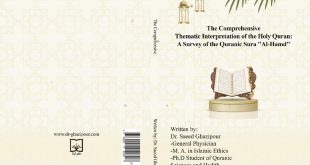 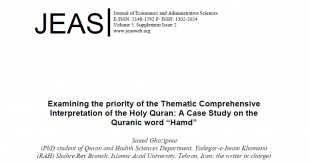 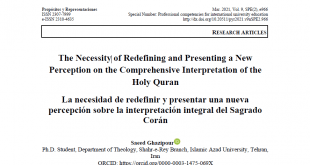 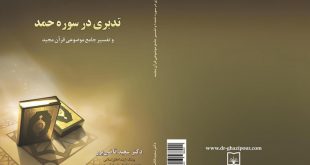 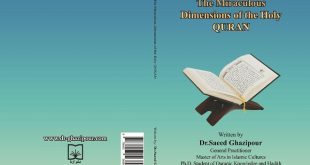 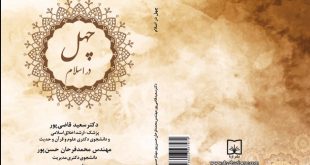